The Foundation is run by a small but dedicated team based in Maidenhead. We also have a board of Trustees who are responsible for helping to guide the Foundation as well as finding us further help and support.

Born and educated in New Zealand, Judith Mayhew Jonas graduated LLM from the University of Otago, where she lectured before moving to the UK as a lecturer in law at King's College, University of London. Here she set up and became Director of the Anglo French Law Degree (Sorbonne), the first joint degree in Europe. In 1989, she became Special Adviser to the Chairman at Clifford Chance. She was elected to the City of London Corporation in 1986 and became Chairman of the Policy and Resources Committee in 1996. She was Leader of the Council for six years.

In 2008 she was appointed Chairman of The New West End Company. She has also served on a number of boards of educational and cultural institutions in recent years, including Birkbeck College, Imperial College London, Gresham College and the Natural History and Imperial War Museums. From 2003-06 she was Provost of King’s College Cambridge. She was Chairman of The Royal Opera House from 2003-08 and from 2008-11 she was Chairman of the Independent Schools Council. She became Chancellor of Bishop Grosseteste University in Lincoln in 2008. She is also Chair of the trustees of the Commonwealth War Graves Foundation. 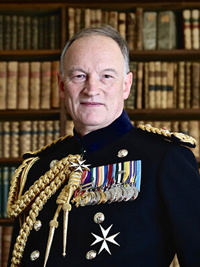 Major General Alastair Bruce of Crionaich OBE VR DL is the National Event Commentator for Sky News and Contributor to ABC News, in America. He was appointed Governor of Edinburgh Castle in 2019 and has served a full military career, first as a Regular in the Scots Guards, serving in Northern Ireland and the Falklands War of 1982, then as a Reservist, including mobilisation to Iraq.

He is an Historical Advisor for Film & TV Dramas, like Downton Abbey, The King’s Speech & The Greatest Showman. Author of books like Keepers of the Kingdom, Oldest and The Queen’s Birthday Parade. He makes TV Documentaries and was granted conversation on camera with The Queen talking about wearing the Crown for BBC film, Coronation. Alastair is Equerry to TRH The Earl and Countess of Wessex and Forfar; he is Fitzalan Pursuivant of Arms Extraordinary and Trustee of the Falkland Islands Memorial Chapel and the Scottish National War Memorial. 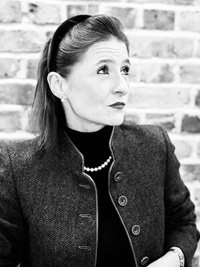 Lady Lucy French OBE founded charity, Never Such Innocence (NSI) in March 2014, and is currently CEO. The charity’s purpose is to give children and young people from across the UK and around the world a voice on conflict through poetry, art, speech and song. NSI currently works with 9-18 year olds in 105 countries. NSI fosters international dialogue, through workshops, roadshows and special events to bring children from different communities and indeed, countries together. An important strand of the work is the Voices of Armed Forces Children programme which invites children with serving or veteran parents to reflect on service life.

Prior to Never Such Innocence, she opened the St. James Theatre, the first new theatre complex built in London for three decades. Over the years she has campaigned and fundraised for theatre, the arts and the voices of children.

Lucy sits on the Advisory Board for ‘Getting on with it: the micro-dynamics of post-accord intergroup social relations’ at Bristol University, is a Governor of Fairley House School, a committee member for the 2022 Lord Mayors Big Curry Lunch, an advisor to the Royal School of Church Music and sits on the Development Board of Artichoke and the Actors of Dionysus.

She was awarded an OBE in the 2019 New Year’s Honours List for Services to Young People and the Arts. 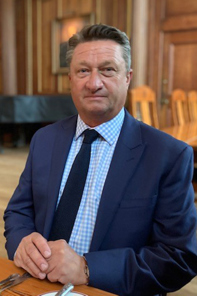 An entrepreneur and owner of several businesses in the marketing communications, hospitality and electronics sectors. 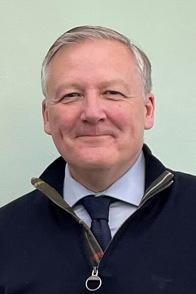 Kevan is a British Labour Party politician, who has been the Member of Parliament for North Durham since 2001. He was Veterans Minister between 2008 and 2010 and is a current member of the Commons Defence Committee and the Intelligence and Security Committee.  He served as a CWGC Commissioner from 2010-2018. 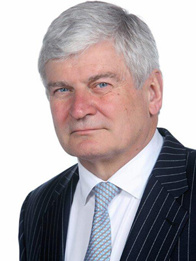 Sir Adrian is currently the Chairman of the Manchester Airports Group, Porterbrook Rail Group, Cadent Gas Ltd and TheCityUK Leadership Council. Previous Chairmanships include Aviva, 3i plc, Anglian Water Group, London First and British Energy. Sir Adrian was awarded a CBE in 2001 and holds a Law degree from the University of Cambridge. 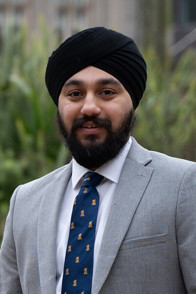 Capt. Jay Singh-Sohal VR is a strategic communications expert, currently a director at M&C Saatchi World Services as well as an Army Reservist with more than twelve years of service. He is a trained television journalist and filmmaker by trade and the author of four books on Sikh faith and military history. Jay is Founder and Chairman of the award winning WW1 Sikh Memorial, the UK's first monument to Sikh service during the Great War, located at the National Memorial Arboretum.  For his voluntary work, Jay received the Prime Ministers "Points of Light" award in 2019.