Why we became CWGF members

Why do people join the Commonwealth War Graves Foundation? We spoke to three of our members about how they came to join us. 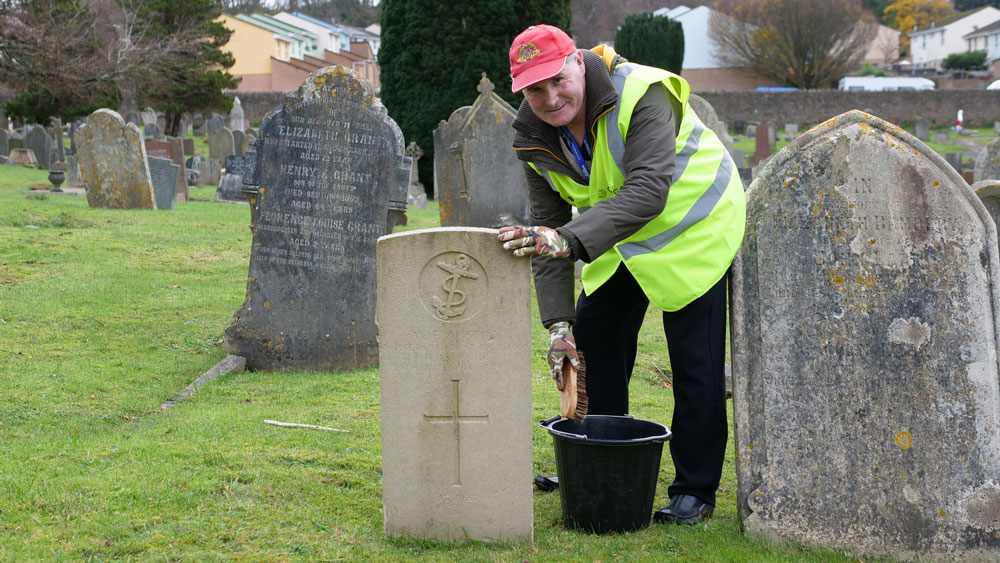 Exploring connections to the past through CWGF membership

A lot of our members choose to join the Foundation through researching their unique family history.

This was certainly the case for Jim Renwick.

“I joined the Foundation as a result of an uncle who was killed on 11 August 1918, age 22, during an attack on a German machine-gun post in the latter stages of the Battle of Amiens,” Jim said. “He is buried in Bouchoir New British Cemetery, which I visited in 2010. This event sparked an interest in World War One.

“Following my research into Archie's death, I also undertook research of the fifty names on the war memorial in Rosewell, on which Archie is named.”

Jim is not alone. A personal connection gave many CWGF members the motivation they needed to sign up, as Dr Michael Hayle explains.

“Following the recent death of my wife’s mother we inherited our grandfather's wartime diaries and almost 600 letters from him to his mother, and from his mates and relatives to him, throughout the period 1914 to 1921.

“They follow his life from joining up at 18, serving in France as a young corporal, through to his marriage to the nurse who looked after him for two years in a hospital in Wales after he was shot at the Somme in 1916.

“Amongst the letters are many references to his friends, many of whom didn’t make it back. The later letters include many poignant references to the search by his friends and their relatives for the locations of their lost comrades.  In some cases, mothers pleading for help in locating the place where the young men might have fallen, or their graves marked.

“As an ex-soldier myself it brought tears to my eyes to read their stories.  It brought home the importance of the work you do.”

“I was delighted to be amongst some of the first members when you launched your scheme and I am glad to continue being a member,” author Jane Ainsworth told us.

“I first came across CWGC when researching family members who died in WW1 and I was impressed by your website, its ease of use and comprehensive information. Since then, I have carried out an enormous amount of research in Barnsley.

“My research into the 73 names on the Barnsley Holgate Grammar School WW1 Memorial led to my first book, Great Sacrifice, published by Helion & Co. From this came my second book, Keeping Their Beacons Alight.”

“I could not have carried out the research into men I am not related to without the CWGC database.

The chance to get involved

Through your membership alone, you’re helping support the work we do in keeping the memories of those who fell in the World Wars alive. But there are also lots of practical ways you can help us too.

Over to Jim Renwick: “After researching the death of Archie, I was also involved with Lives of the First World War Project, inputting information into the database.

“I decided to see what else was available that I could contribute to, so I volunteered with the Eyes On, Hands On project in 2020, looking after around 90 war graves in eight cemeteries in Midlothian.

“I find this work very rewarding and enjoy researching the names of the casualties. I also think that preserving the memory of those who gave their lives for their country is extremely important and the work of the Foundation is obviously very important in support of this.”

From guest speaking to Eyes On, Hands On, there are lots of ways you can join our CWGF members and get involved. Head over to our volunteer page for more details.

Thinking of becoming a member? Help us Registration is quick and simple. Click here to become a CWGF member and help us continue our journey of remembrance.